"The beginning of wisdom is to call things by their proper name."

Collegium is where we collect.

Welcome. «Collegium» is a philanthropic LARP-collaboration (for the study and practice) of what glues together the society of man—the certain operative ideas which have emerged from man's chaotic past to guide him into the civil society. It serves to render all ideas relatively ‘legible’. It is thus an Intelligence service, and a Think Tank — of transglobal reach, from elder scrolls to data waves. Data with a human face.

As part of our philanthropy we try to list especially human improvement and anti-ableist topics.

Everything here is lifted from ~everywhere else, except what isn't. Anyone, including you, can edit. Click the edit button at the top of any page to get started!

The ultimate goal—always in echo to the hermetic tradition—relayed by the theologians and philosophers Pic de la Mirandole (1463-1494) and Raymond Sebond (c.1385-1436) and the thinker Nicolas de Cues (1401-1464), has been and is the Establishment of "a pax philosophica necessary for the unification of the human race." This (the Collegium) is also a continuation of interpretatio Graeca et Romana.  Leibniz's "absurd fantasy" of a Characteristia Universalis.

"A man may die and still endure if his work enters the greater work, for time is carried upon a current of forgotten deeds, and events of great moment are but the culmination of a single carefully placed thought. As all men must thank progenitors obscured by the past, so we must endure the present, so that those who follow may continue the endeavour."
— The Chime of Eons, Garba Mojaro Techno-Magos of the Adeptus Mechanicus

"[Y]]ea, it's an impossible task, but worth working toward."

the intellectual history and genealogy of accelerationism must look beyond the contingencies of its present expressions. To have any value, it must tap into the subterranean current of communication itself.

☀ That which ascends inside radiates outward in all dimensions. Edit

WE OBSERVE that man is an organism shaped by his errors & understandings, with error a state being stuck in a dualism, not seeing beyond dichotomy, while progress being moving beyond the dichotomy.

WE HIGHLIGHT the problematic use and justification of traditions like Patriarchy, Matriarchy, Colonialism, essentialism, and naturalism (among others). These traditions in turn allow for the problematic formations of taxonomies (and identifications of the Other) and what prof. Haraway explains as "antagonistic dualisms" that order discourse. These dualisms, have all been systematic to the logics and practices of domination of nature, workers, women, heresies, animals... all [those] constituted as others. We highlight specific problematic dualisms of self/other, culture/nature, male/female, civilized/primitive, right/wrong, truth/illusion, total/partial, God/man (among others). We explains that these dualisms are in competition with one another, creating paradoxical relations of domination (especially between the One and the Other). However, high-tech culture provides a challenge to these antagonistic dualisms.

SOME DUALISMS essential to progress through are

These are all subcategories of the universal, with tendencies to form as subcultures, that must continually be worked on — to decrease suppressive & antagonizing elements — to bridge them.

Photos and videos are a great way to add visuals to your wiki. Find videos about your topic by exploring Wikia's Video Library. 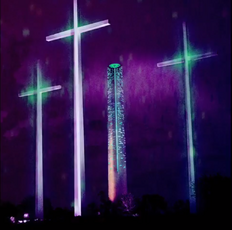 Retrieved from "https://collegium.fandom.com/wiki/Collegium_Wikia?oldid=6164"
Community content is available under CC-BY-SA unless otherwise noted.